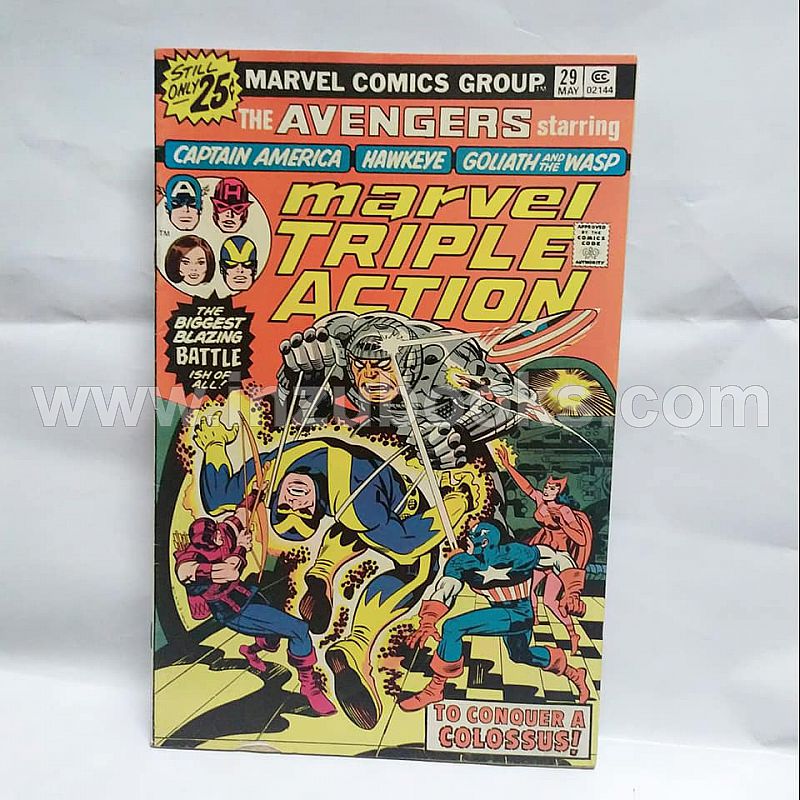 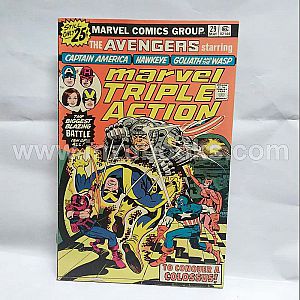 Cover pencils by Jack Kirby. Cover inks by Dan Adkins. "To Conquer a Colossus" Part 2 of 2. Story by Roy Thomas. Art by Don Heck. The Avengers are captured by the Ultroids, but Black Widow, not being an Avenger is sent to be killed. Ixar absorbs the power of all of his Ultroids to give him a huge body to battle the escaped Avengers. With all except Hawkeye and herself defeated, the Black Widow tests her theory that Ixar is linked to the Burgomeister and so threatens to kill him. Ixar says Avengers dont kill, but Black Widow reminds him she is not an Avenger. Story reprinted from (Avengers 1963 1st series) number 37. Full color. 32 pages. NOTE: Two pages omitted from original story to fit shorter page count comic size. Cover price $0.25.