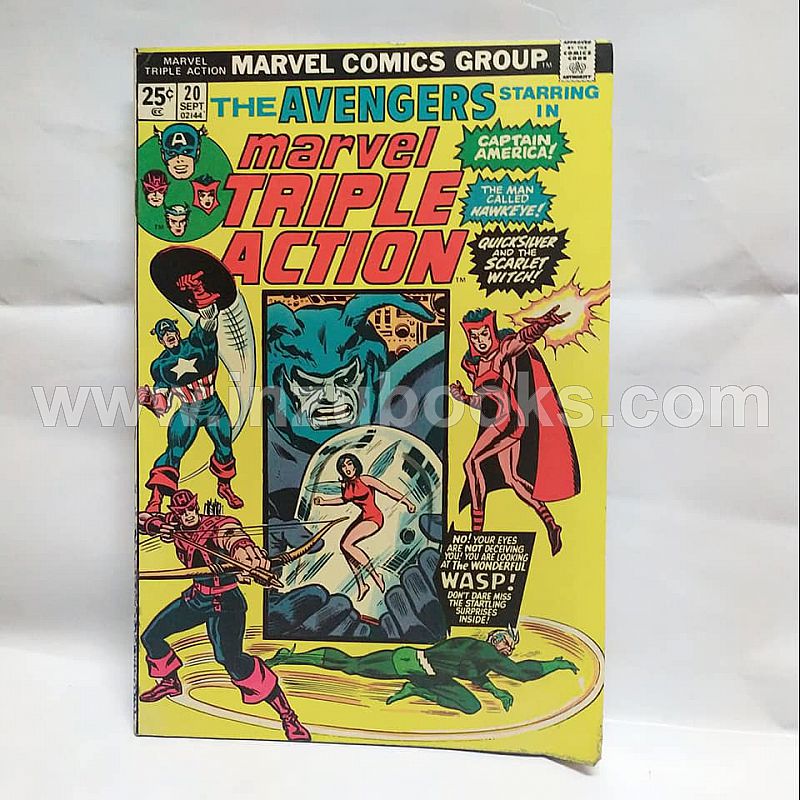 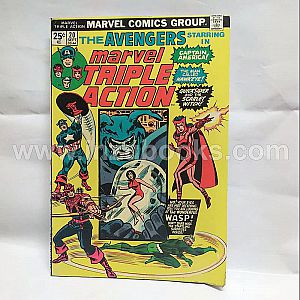 Cover pencils by Don Heck and John Romita (alterations), inks by Frank Giacoia and John Romita (alternations). "The Voice of the Wasp," script by Stan Lee, pencils by Don Heck, inks by Frank Giacoia (as Frank Ray); The winsome Wasp flies to New York to warn that the savage Sub-Mariner is bent on its destruction. Enroute she is trapped by Attuma, Namor's arch-foe, who is himself planning the destruction of the surface-dwellers. Jan notifies the Avengers who arrive - sans Hawkeye - and are roundly beaten; reprinted from The Avengers (1963 series) #26. 36 pgs., full color. $0.25. Cover price $0.25.