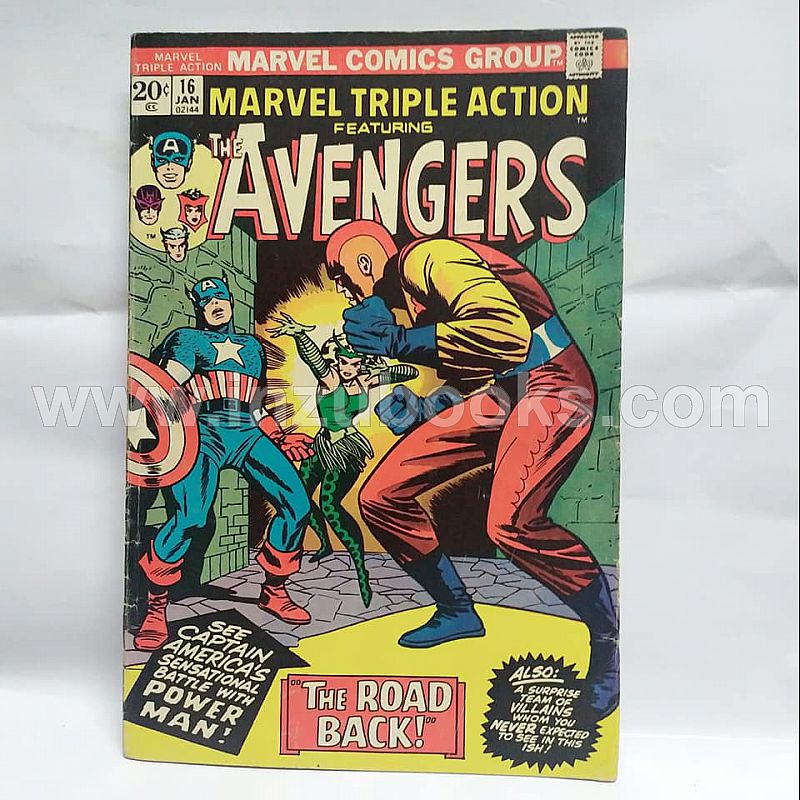 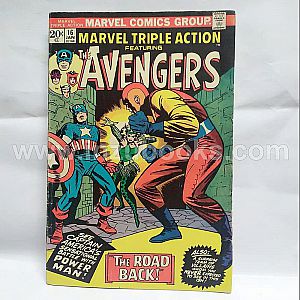 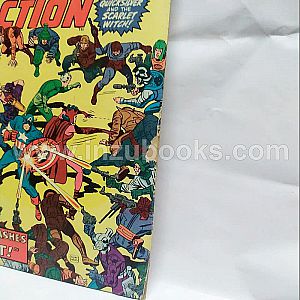 Cover pencils by Jack Kirby. Cover inks by Dick Ayers. "From the Ashes of Defeat!" Part 2 of 2. Story by Stan Lee. Pencils by Don Heck. Inks by Dick Ayers. The Avengers decide to put up a fight against the approaching, never-ending army, but are eventually overwhelmed and captured. Although Kangs law states that conquered monarchs are to be executed, Kang wants to marry Ravonna, so he declares her life is to be spared. The rest of his generals rebel against this and try to assassinate him, forcing Kang to ally himself with the Avengers. Story and cover reprinted from (Avengers 1963 1st series) number 24. Full color. 32 pages. Cover price $0.25.