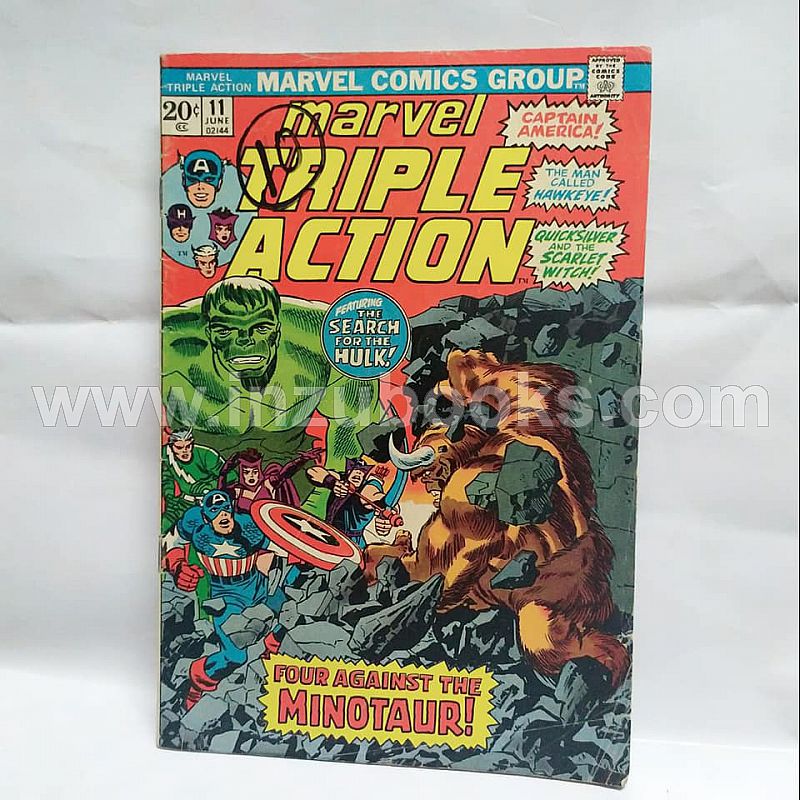 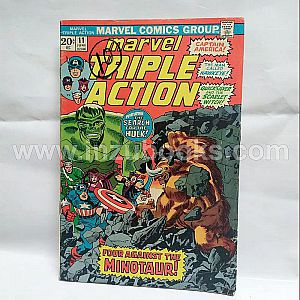 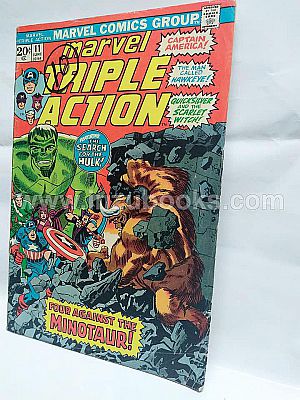 Cover pencils by Jack Kirby. Cover inks by Frank Giacoia. "Four against the Minotaur!" Story by Stan Lee. Pencils by Don Heck. Inks by Dick Ayers. Convinced that the new Avengers do not have enough raw power, they decide to track down the Hulk to recruit him. Before they can, a mysterious robot arrives claiming to be able to lead them to the green goliath. Too bad its a trap that leads them into battle with the Mole Man and his creature the Minotaur. Cover and story reprinted from (Avengers 1963 1st series) number 17. Full color. 32 pages. Cover price $0.20.