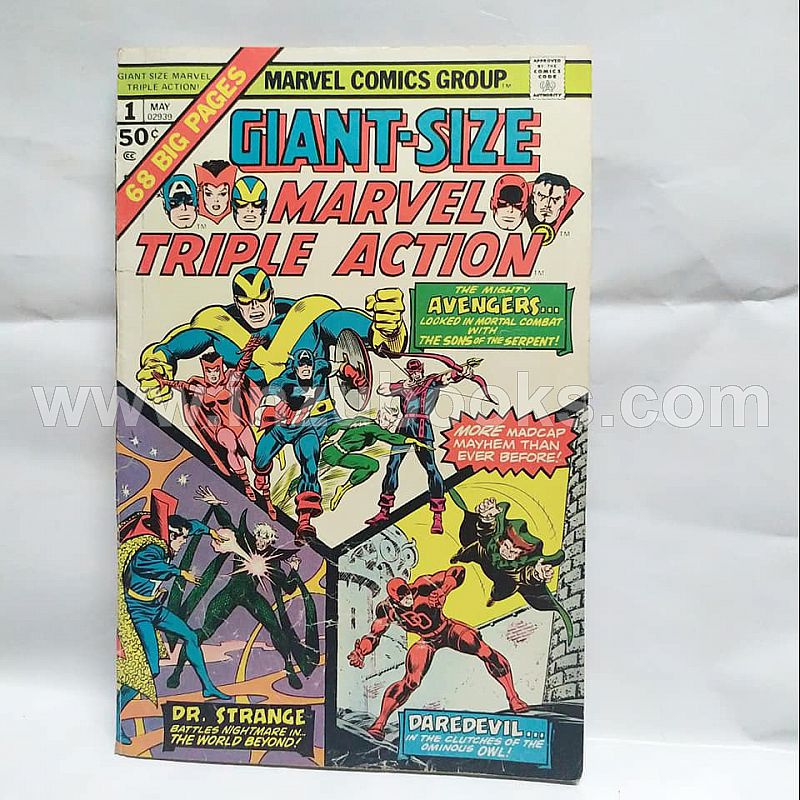 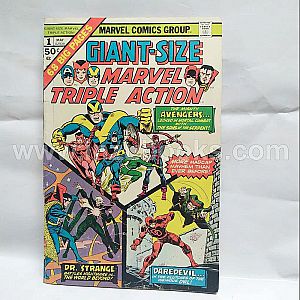 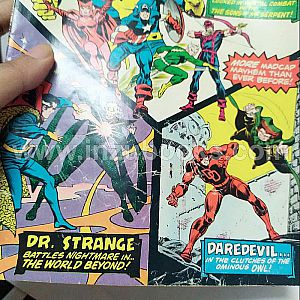 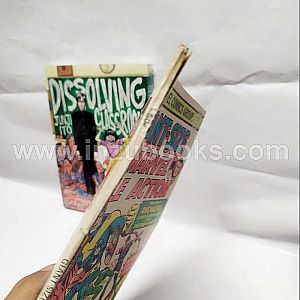 Cover art by John Romita. All reprints: "Never Bug a Giant! (from Avengers #31), script by Stan Lee, pencils by Don Heck, inks by Frank Giacoia; Captain America, The Wasp and Hawkeye leave for South America to help Goliath; Meanwhile, Quicksilver and the Scarlet Witch realize how badly they like being Avengers and hope their powers return soon; Goliath and Prince Rey escape to Prince Rey's rebel hideout; He explains how the Keeper controls a powerful cobalt flame, capable of destroying the world; Goliath realizes Prince Rey only wants the flame for his own desires and leaves him; Goliath attacks the Keeper and gets captured. "The Verdict is: Death!" (from Daredevil #20), script by Stan Lee, pencils by Gene Colan, inks by Frank Giacoia; The Owl kidnaps Matt Murdock to be the defense attorney in a mock trial the fowlish fiend has set up for the judge who sent him to prison. "The World Beyond" (from Strange Tales #122), script by Stan Lee, art by Steve Ditko; Weary from his struggles against the forces of the supernatural, Strange falls asleep, carelessly forgetting to cast a protective spell over himself, and becomes a prisoner of the Nightmare World!; Nightmare imprisons Strange, the only one who has ever defeated him, then says he looks forward to other victims; But Strange summons The Gulgol, a creature that never sleeps, and Nightmare begs Strange to stop it. Spider-Man stars in a one-page Hostess ad, "The Trap." 68 pgs., full color. Cover price $0.50.