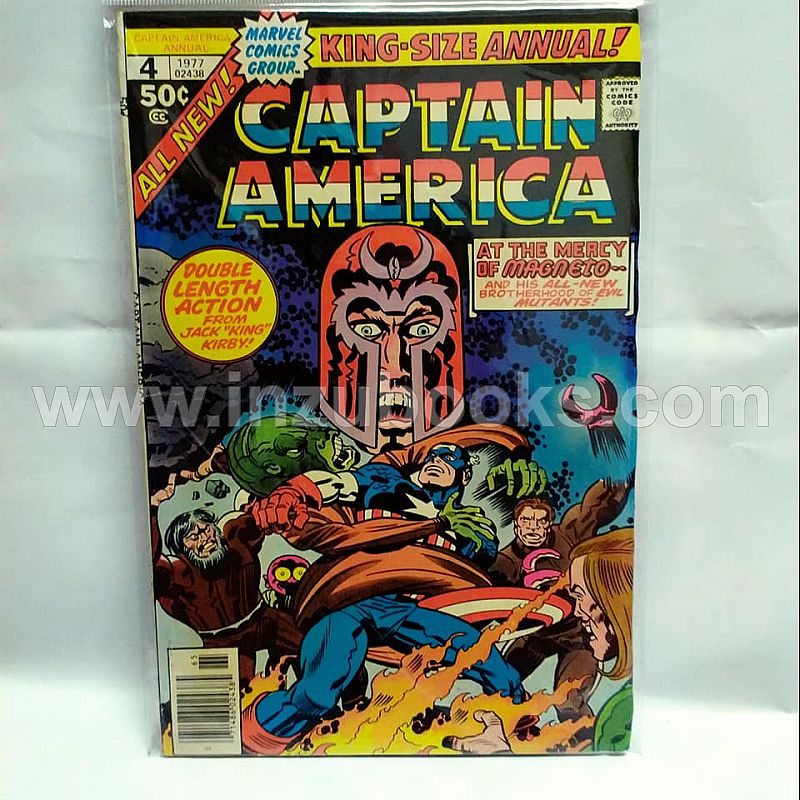 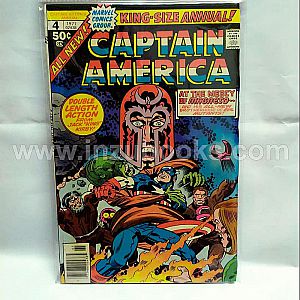 "The Great Mutant Massacre!" Script and Pencils by Jack Kirby. Inks by John Verpoorten and John Tartaglione. Cover by Jack Kirby and Frank Giacoia. Both the Sentinel of Liberty and the Master of Magnetism respond to a newspaper ad asking for help in taking care of two newfound mutants! What a strange advertisement to put in the paper! But surprisingly the ad is true! A local truck driver found Mister One and Mister Two on the highway. And after Mister Two drives off Magneto, Cap takes the two mutants to a SHIELD facility for medical care and safekeeping. But the X-Men's long-time foe hasn't given up on capturing the young mutants! Magneto sends his new band of evil mutants to ambush the star-spangled avenger and Mister Two, while he abducts Mister One! However hours later, Cap and Mister Two locate the Master of Magnetism's secret lair and storm inside! And then and there the tragic battle begins. Magneto has defeated the likes of the X-Men and the Avengers on numerous occasions. What chance does the Living Legend have against him and his evil mutants? The heartbreaking finish starts in three, (mister) two, (mister) one. First appearances of Peeper, Burner, Lifter, Slither, and Shocker. (Notes: Magneto appears next in Super-Villain Team-Up 14. The quintet of evil mutants returns in Defenders 78. This issue includes a full-page ad for Hostess Twinkies featuring Spider-Man vs. Madam Web; and a half-page ad for the 1st issue of the Godzilla (1977) series.) 48 pages Cover price $0.50.