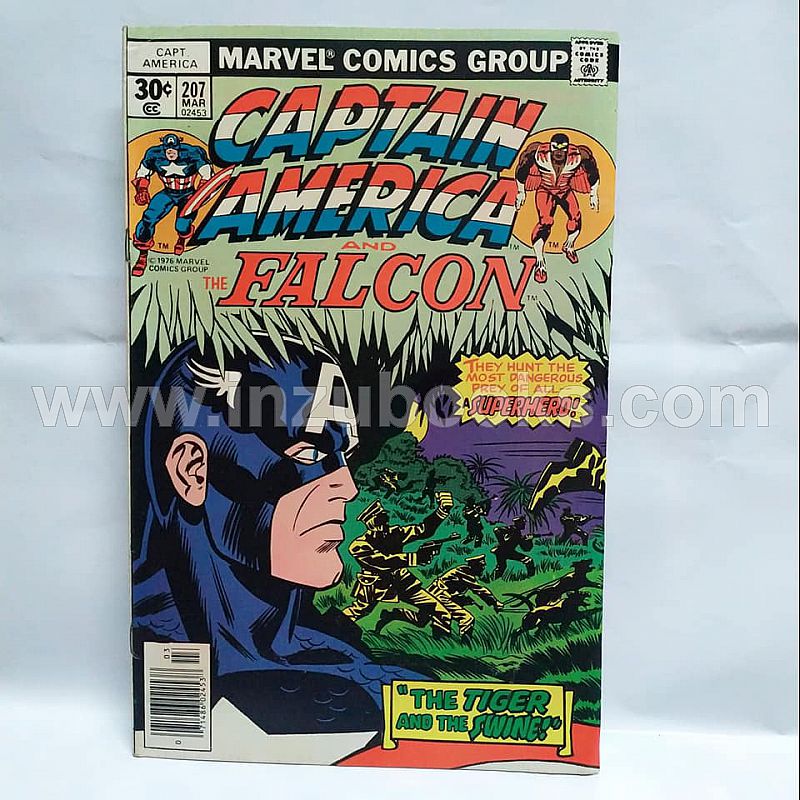 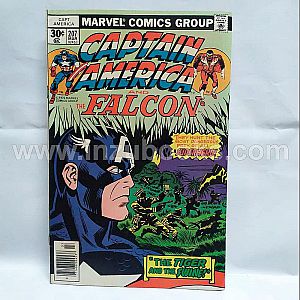 Cover pencils by Jack Kirby and John Romita (alterations), inks by Frank Giacoia and John Romita (alterations). "The Tiger and the Swine!!", script and pencils by Jack Kirby, inks by John Verpoorten (uncredited); Steve awakens in a plane flying over the Rio De Muerte; He breaks free and fights his kidnappers, but the pilot gets killed, and the plane crashes in the jungle; Steve emerges from the wreckage and becomes Captain America; In New York, Sam and Leila find Sharon recovering from the tranquilizer gas in her apartment; Sam fears Cap has been kidnapped; Prison guards find Cap in the jungle but he defeats and faces the Swine. Statement Of Ownership; Average no. of copies each issue during preceding 12 months: 355,693; Single issue nearest to filing date: 444,370. Hostess snack cakes ad starring Spider-Man. 36 pgs., full color. Cover price $0.30.