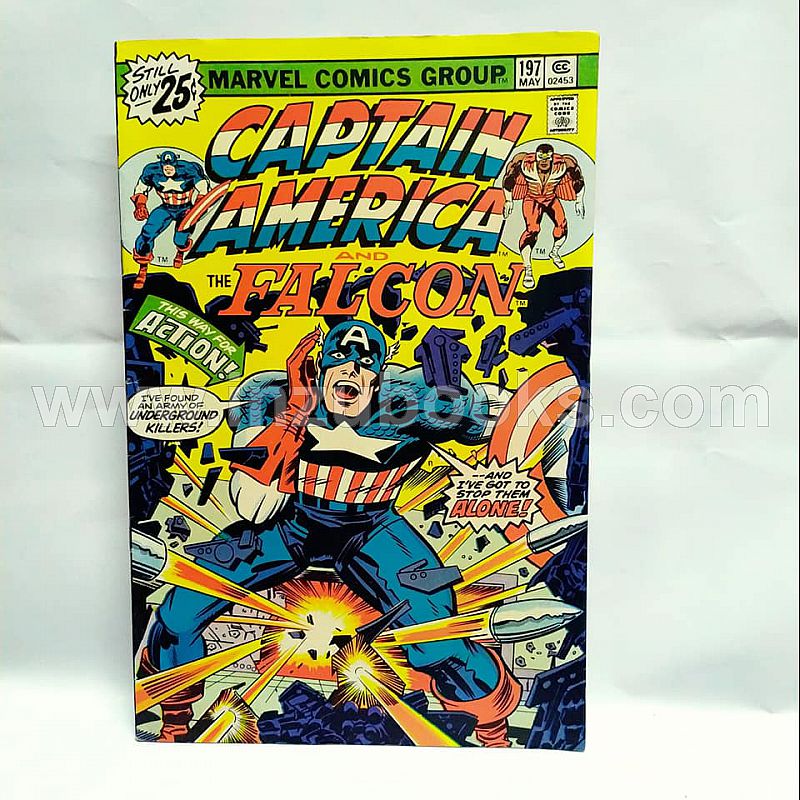 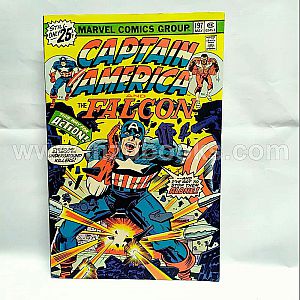 Cover pencils by Jack Kirby, inks by John Verpoorten. The Madbomb story continues in "The Rocks Are Burning!", script by Jack Kirby, pencils by Jack Kirby, inks by Frank Giacoia; Captain America and the Falcon are victorious in the Elite's "kill-derby" but refuses to accept the winners' pot of gold; Incensed the crowd attack the heroes, but General Fist's forces assault the base and defeat the Royalist Forces; Cheer Chadwick and her "Poppa" are able to escape with their plans on detonating the "Big Daddy" Madbomb on the day of the bicentennial. Letter to the editor from comics editor Ralph Macchio. The letters page also contains Marvel Value Stamp series B #78 (Conan by Barry Windsor-Smith). 36 pgs., full color. Cover price $0.25.