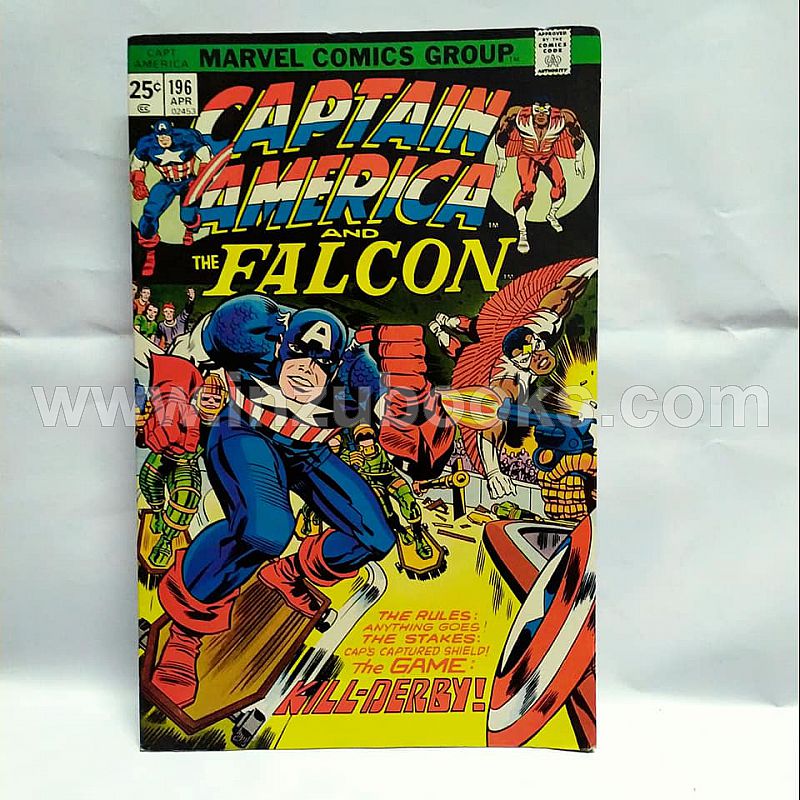 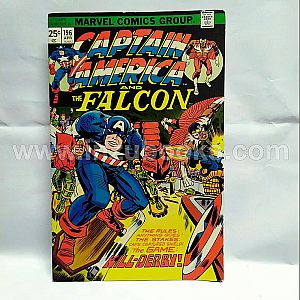 Cover pencils by Jack Kirby, inks by Frank Giacoia. The Madbomb story continues in "Kill-Derby," script by Jack Kirby, pencils by Jack Kirby, inks by D. Bruce Berry; Captain America resists joining the Kill-Derby contest until hes knocked out by gas; A Kill-Derby gladiator steals his shield while a pair of others throw him in the brig with Falcon; Cheer Chadwick demands that Cap and Falcon compete in the contest; Tinkerbelle tells Cap that he'll have to fight to regain his shield. Statement of Ownership; Average no. of copies each issue during preceding 12 months: 339,484; Single issue nearest to filing date: 347,138. Letter to the editor from comics publisher Dean Mullaney. Hostess Cup Cakes ad starring Spider-Man. 36 pgs., full color. Cover price $0.25.