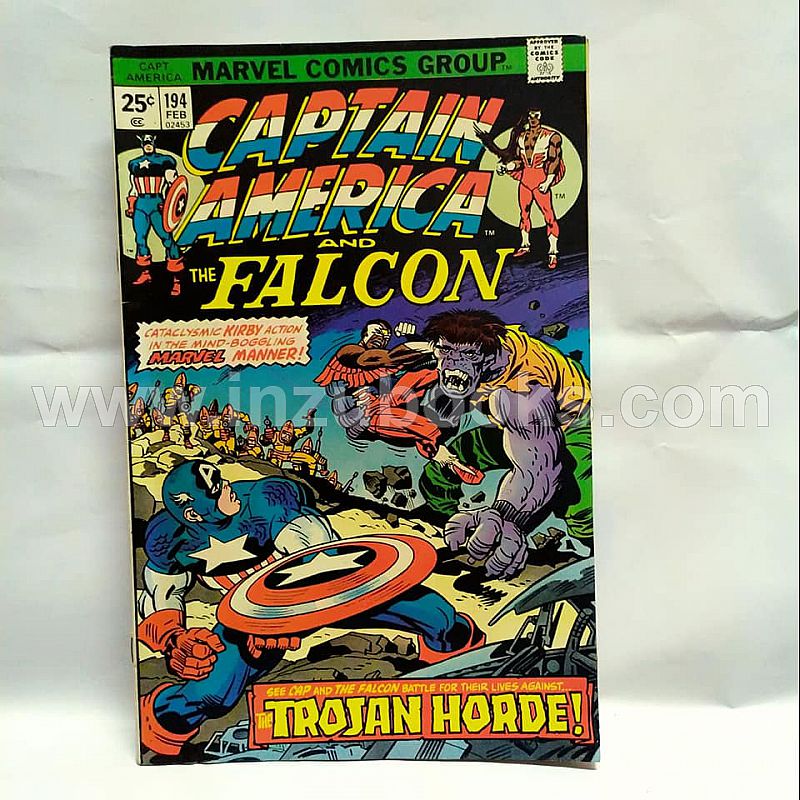 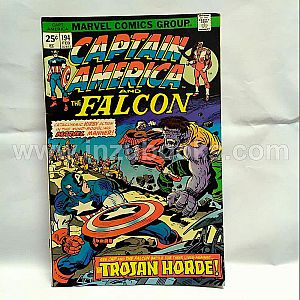 Cover pencils by Jack Kirby, inks by John Verpoorten. The Madbomb story continues in "The Trojan Horde," script by Jack Kirby, pencils by Jack Kirby, inks by Frank Giacoia; William Taurey, with the help of General Heshin, hopes to use the "Big Daddy" Madbomb and his mercenary army, the Royalist Forces of America, to destroy democracy in the United States and return the country back to the aristocracy; Taurey also wants to exact revenge on Steve Rogers, the descendant of the man who killed his ancestor, Sir William Taurey, during the Revolutionary War; Captain America and the Falcon infiltrate a Royalist Forces base. Letter to the editor from comics editor Kim Thompson. The letters page also contains Marvel Value Stamp series B #27 (Dracula). 36 pgs., full color. Cover price $0.25.