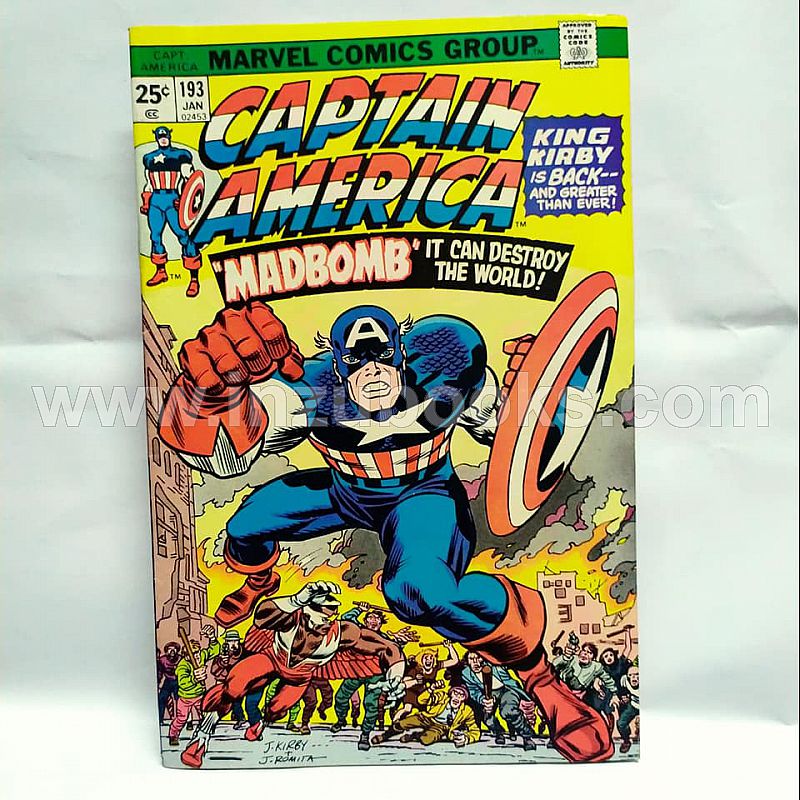 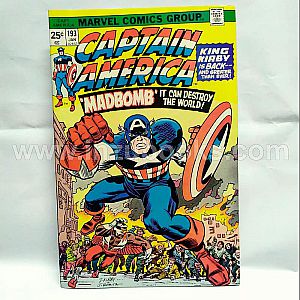 Jack Kirby, the co-creator of Captain America back in 1941, returns to the character! Cover pencils by Jack Kirby, inks by John Romita. "The Madbomb Screamer in the Brain!", script and pencils by Jack Kirby, inks by Frank Giacoia and Mike Esposito; At Leila Taylor's apartment, Captain America and Falcon are suddenly overcome with madness and hate; They fight but quickly come to their senses; While Falcon restrains a similarly maddened Leila, Cap goes outside into a raging mob He finds a small device wedged between buildings and destroys it with his shield, ending the riot; A SHIELD agent joins Cap and Falcon and calls the shattered device a "madbomb." Letter to the editor from comics publisher Dean Mullaney. The letters page also contains Marvel Value Stamp series B # 1 (Spider-Man). 36 pgs., full color. Cover price $0.25.