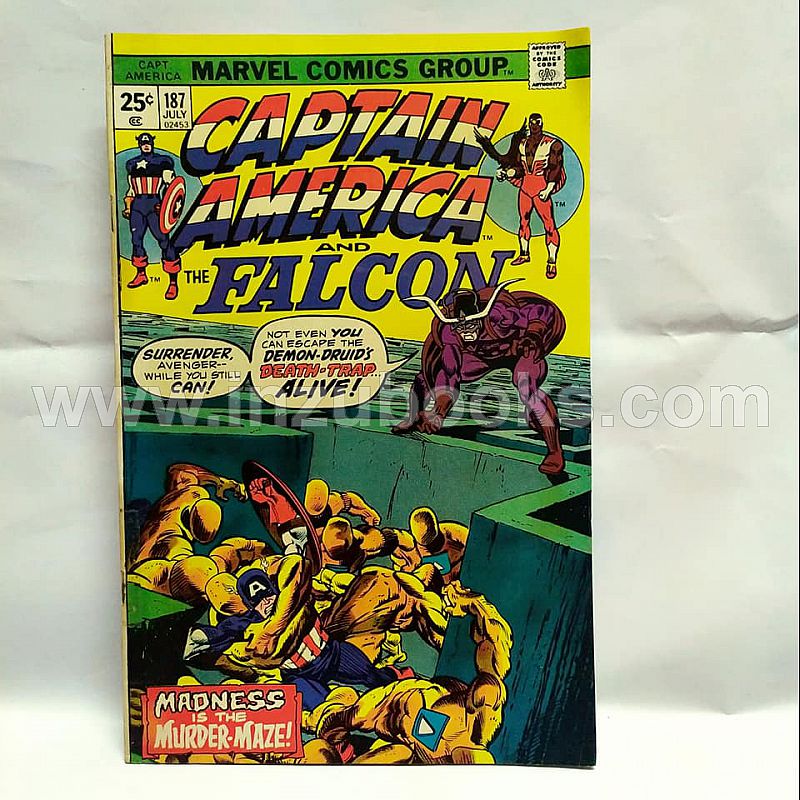 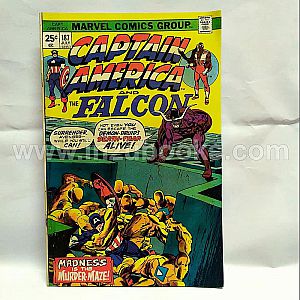 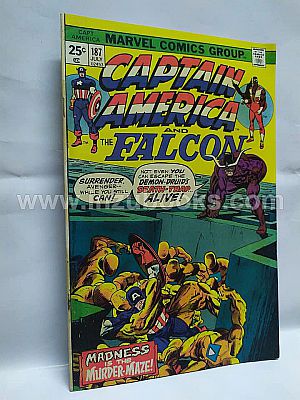 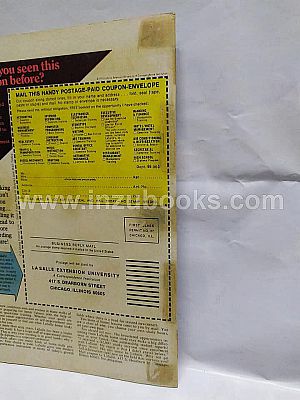 Cover pencils by Gil Kane, inks by John Romita. "The Madness Maze!", script by John Warner, pencils by Frank Robbins, inks by Frank Chiaramonte; Captain America, Gabe, and Peggy gather around a knocked out Falcon; Cap gets whisked away by a mysterious flying craft and deposited in a giant maze;. A loud voice welcomes Cap to the Madness Maze, telling him that when he reaches the center of the maze he'll die; As he moves through the maze a trio of artificial creatures attacks. Hostess snack cakes ad with Captain Marvel. 36 pgs., full color. Cover price $0.25.