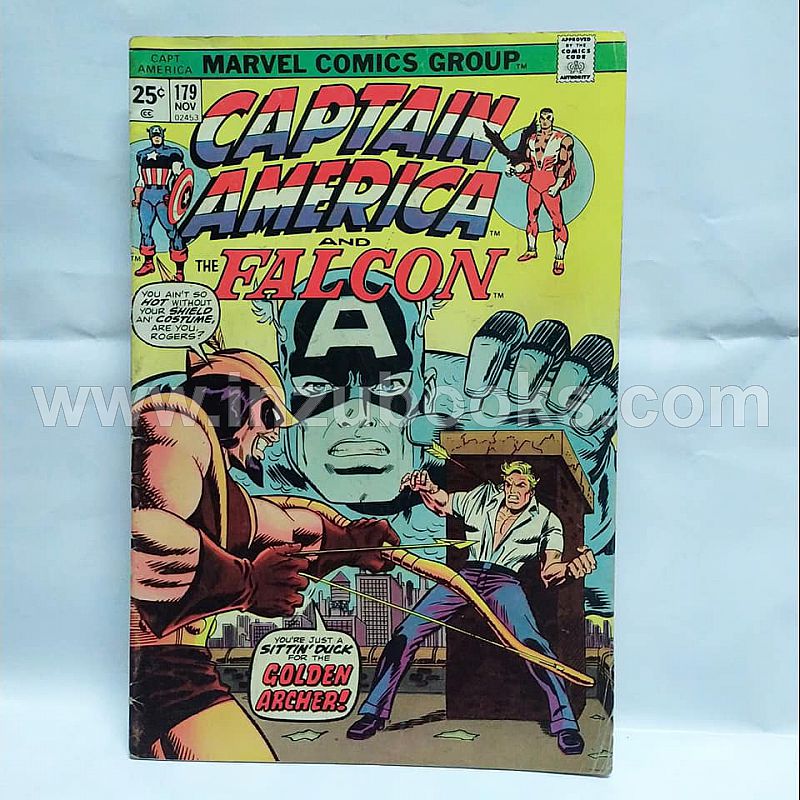 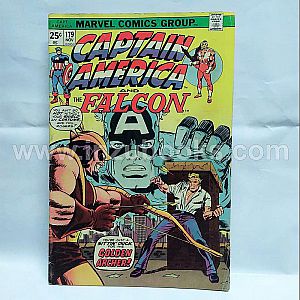 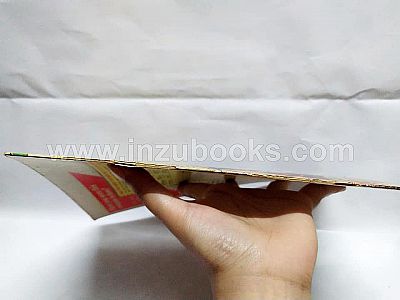 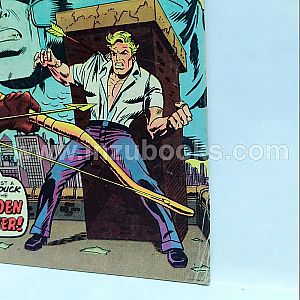 Cover pencils by Ron Wilson, inks by Frank Giacoia. First appearance of the Golden Archer (a.k.a. Clint Barton, Hawkeye) in "Slings and Arrows!", script by Steve Englehart, pencils by Sal Buscema, inks by Vince Colletta; Hawkeye disguises himself as the Golden Archer to lure Steve Rogers into resuming his crime-fighting career; Roscoe tells the Falcon that he plans on being the new Captain America; After his confrontation with the Golden Archer, Steve returns to the life of crime-fighting, but not as Captain America; Cameos by the Space Phantom, Rick Jones, the Vision, Thor, the Hulk, Daredevil, Doctor Strange, the Valkyrie, and Spider-Man. Letter to the editor from comics editor Ralph Macchio. The letters page also contains Marvel Value Stamp series A #52 (Quicksilver by John Buscema). 36 pgs., full color. Cover price $0.25.