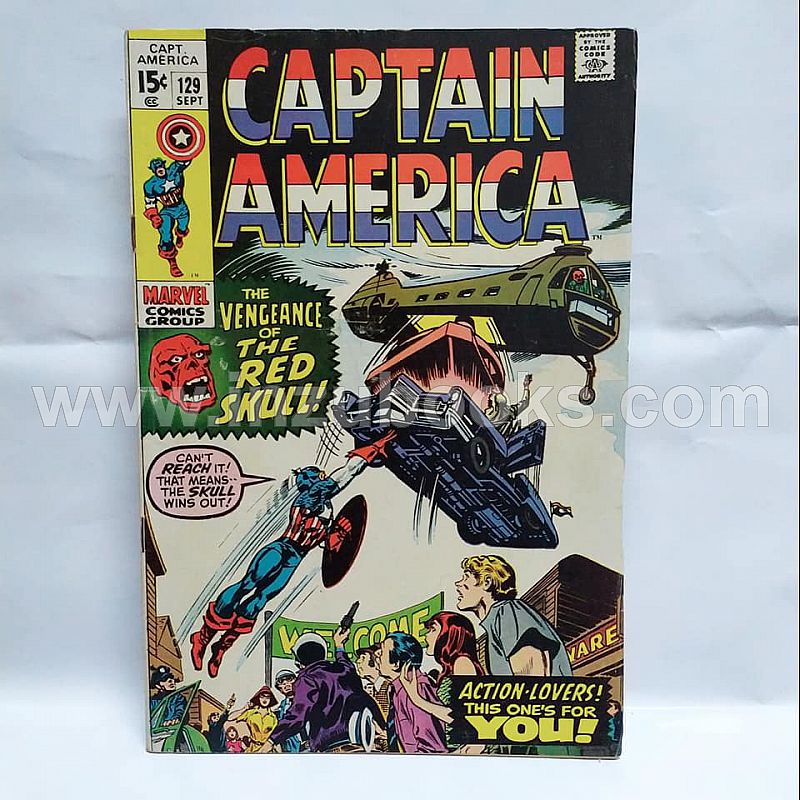 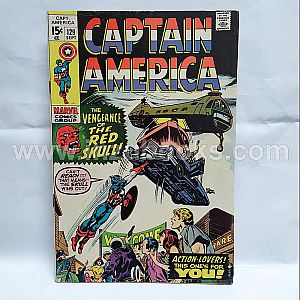 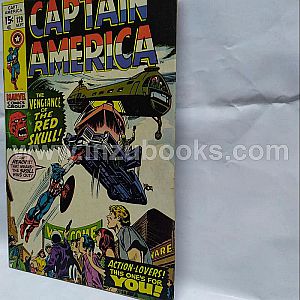 Cover pencils by Gene Colan, inks by Frank Giacoia. "The Vengeance of the Red Skull," script by Stan Lee, pencils by Gene Colan, inks by Dick Ayers; Steve Rogers continues to ride his motorcycle around the countryside; The Red Skull sees that he is passing near King Hassab of Irabias motorcade of; Red Skull reroutes Cap and the King to arrive in a small town at about the same time; Skull lets Cap watch his abduction of the King and leads him into a trap; Cap escapes the trap and rescues Hassab; Skull gets stuck in the rocket he had intended to use to launch the King into outer space. 36 pgs., full color. $0.15. Cover price $0.15.