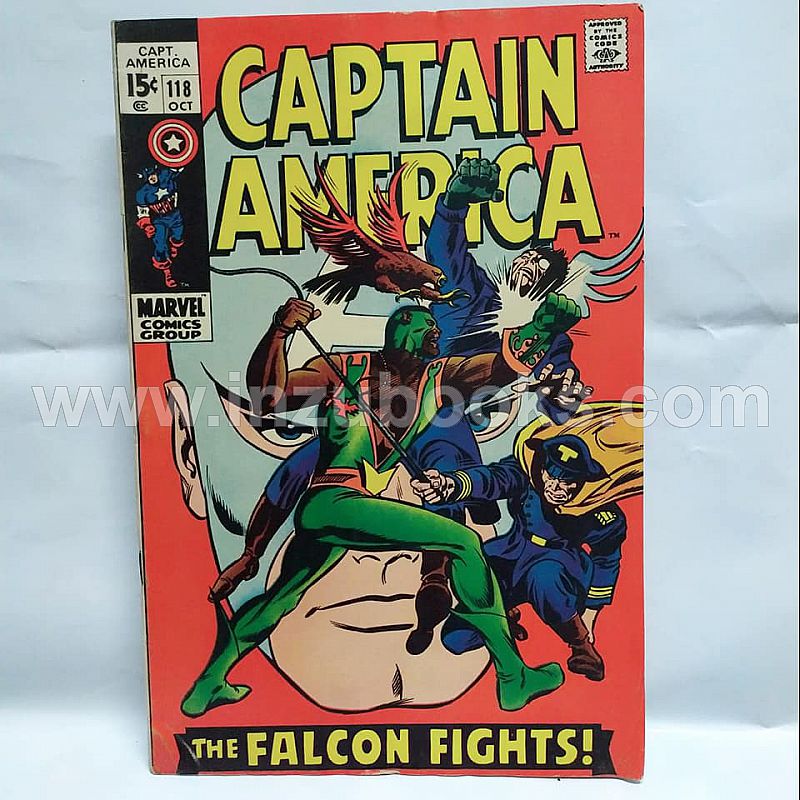 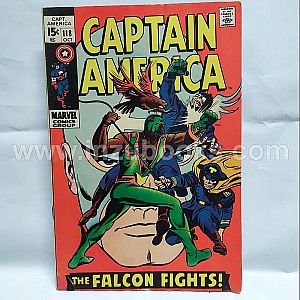 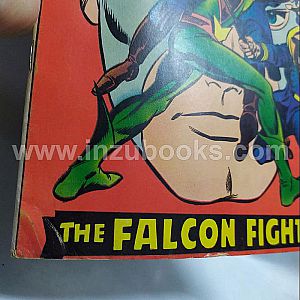 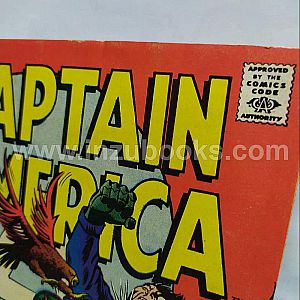 Cover pencils by Gene Colan and John Romita (alterations), inks by Joe Sinnott and John Romita (alterations). "The Falcon Fights On!", script by Stan Lee, pencils by Gene Colan, inks by Joe Sinnott; Captain America and the Falcon battle the Exiles, who are unaware that their former leader has used the Cosmic Cube to switch bodies with Cap; Rick Jones gives up the identity of Bucky; The Red Skull prepares for a battle with Cap. Letter to the editor from comics writer Steve Gerber. 36 pgs., full color. $0.15. Cover price $0.15.