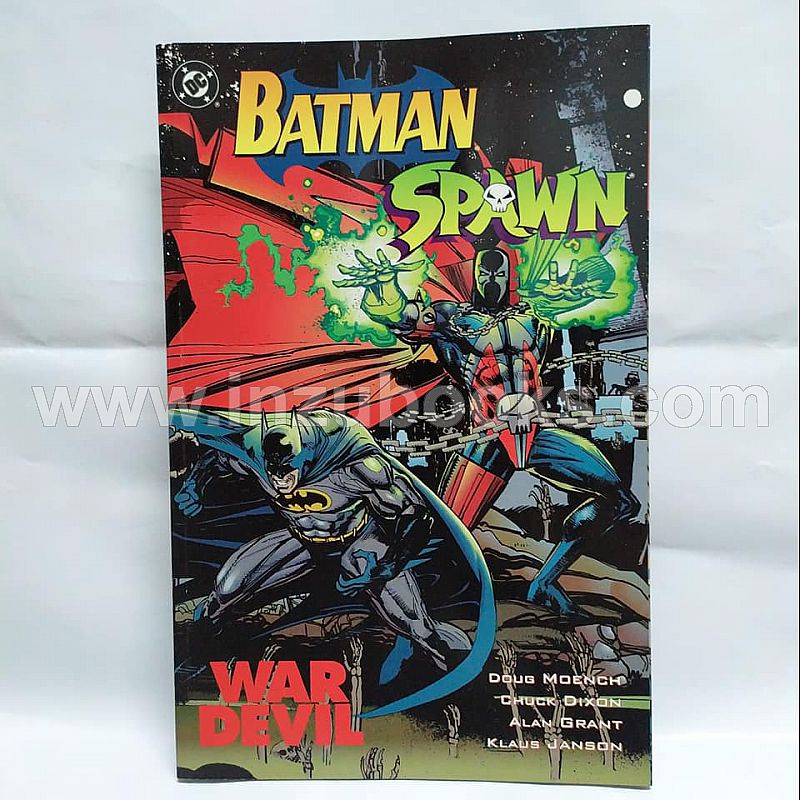 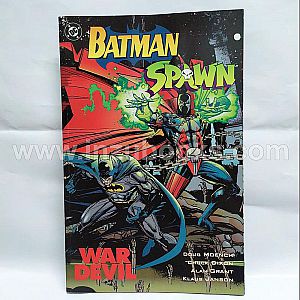 This is the team-up fans everywhere have been demanding. Batman enters a deadly web of violence and horror when he encounters the mysterious Spawn, an enemy of evil as grim and menacing as the Dark Knight himself. Driven by strange visions, Spawn has come to Gotham City in search of clues to his lost life. Worlds collide as Batman and Spawn clash in a ferocious battle. But a puzzling rash of disappearing bodies and the sudden arrival of the living dead draw the cowled crusaders into a madman's sinister scheme. Someone in Gotham City is working to hasten the Devil's War - a conflagration that Spawn must avoid at all costs. And if Batman and Spawn can't join forces against their common enemy, Spawn's soul is lost...and Gotham City is doomed! Written by Alan Grant, Doug Moench and Chuck Dixon, with art and wraparound cover by Klaus Janson. Prestige Format. Cover price $4.95