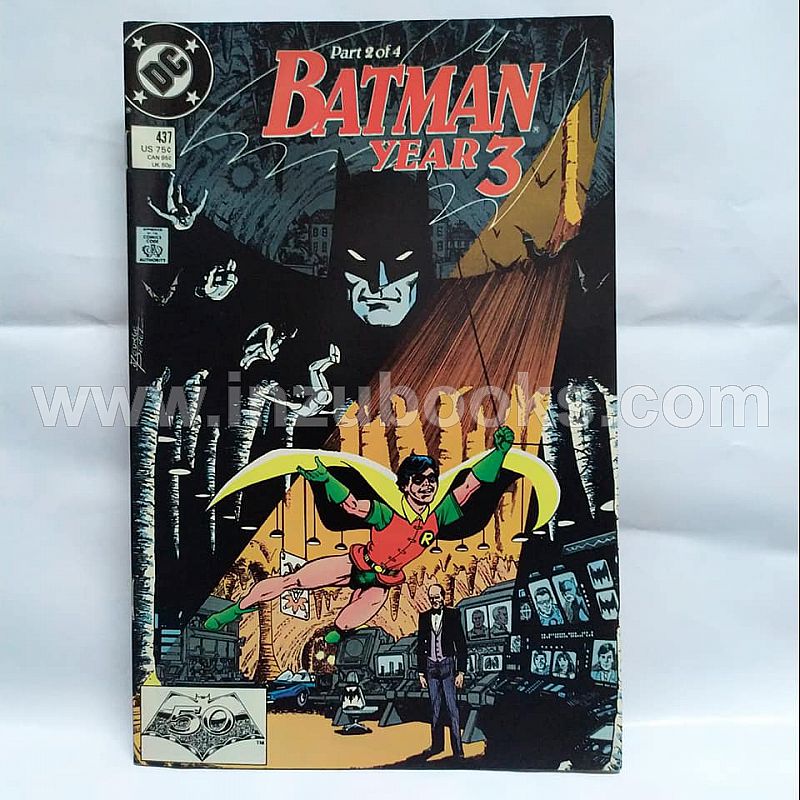 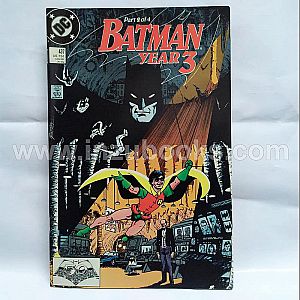 Last 75-cent cover price. Cover art by George Perez. "Batman Year 3 (Part 2 of 4): Changes Made," script by Marv Wolfman, pencils by Pat Broderick, inks by John Beatty; Nightwing catches up with Batman in the rubble of the clifftop home of one of Gotham's mob bosses; Alfred remembers Dick's arrival at Wayne Manor and his introduction to Batman's world; Batman refuses to talk to Nightwing about his feelings regarding Jason's death, and neither of them is yet aware that Boss Zucco, the killer of Dick's parents, has been granted parole; Batman offers to help the surviving mob bosses, and Alfred considers killing Zucco. The Post-Crisis origin of Robin (Dick Grayson) in flashback. Story continues in Batman #437. 36 Pages, Full Color. Cover price $0.75.